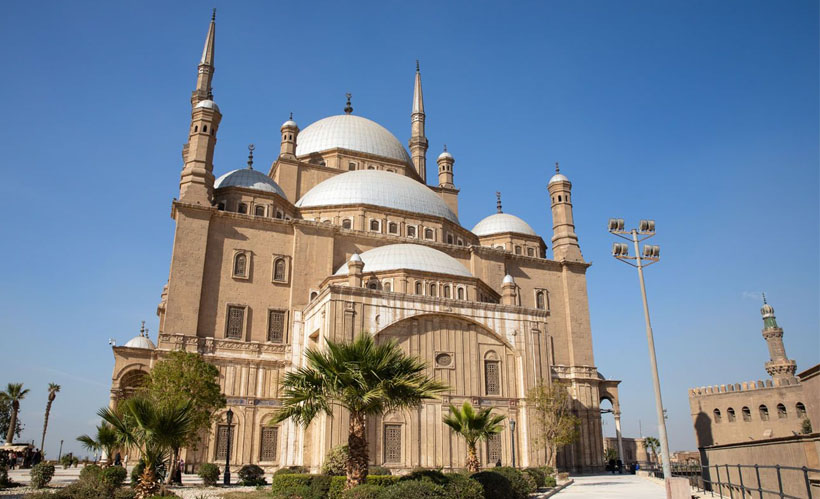 The Saladin Citadel is one of the most popular monuments included in almost all tours to Cairo. It is among the major highlights of the Egyptian capital and the finest example of mediaeval military establishments in Egypt.

The strategic location of Saladin Citadel, situated at the top of the Mokattam Mountain, provided the citadel with natural barriers that prevented anyone from attacking it.

Saladin, famous Arab king and army commander, started the construction works of his citadel in 1171. However, the building was not completed during his life. Sultan Al Kamel Al Adel finished the construction of the citadel in 1207 and took it as his royal residence. In fact, the citadel served as the seat of the kings and rulers of Egypt for centuries. This was until Khedive Ismail transformed his residence to the Abdeen Palace in the middle of the 20th century.

The Saladin Citadel still preserves many of its original features including the fortified walls, watchtowers, and several gates.

Nevertheless, the main attraction of the Saladin Citadel today is the Mosque of Mohamed Ali. The founder of modern Egypt, as many historians described Mohamed Ali, began the construction of his mosque at the citadel in 1830 and completed it in 1848. The Alabaster Mosque of Mohamed Ali is considered the finest example of Ottoman architecture in Egypt and a true masterpiece of architectural art.

Other attractions in the citadel include the Mosque of Al Nasser Mohamed, the Mosque of Suleiman El Khadem, the Military Museum, the Police Museum, and the Royal Carriages’ Museum.