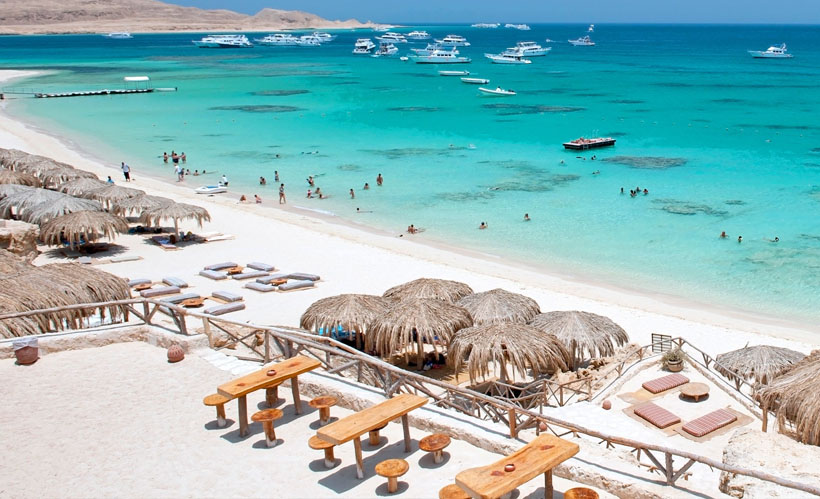 The History and Establishment of Hurghada

The word Ghardaqa, the name of Hurghada in Arabic, originated probably from the world Ghardaq, which is a type of plant that used to grow in Hurghada since ancient times. Some historians noted that Hurghada was a center for ships and fishermen coming from Egypt and the Arabian Peninsula. They used to meet in this area rich with the Ghardaq plant more than 200 years ago.

Historical records assert that Hurghada was established around the beginning of the 20th century in 1905. During this period, the city consisted of primitive houses where the Bedouins lived and worked in fishing and searching for pearls.

During the ruling period of King Farouk, a royal rest-house was founded for the king and his family. In 1913, the first petroleum well was discovered in Hurghada which took the city to a whole new level.

The Location of Hurghada

Interesting places and things to do in Hurghada

Hurghada developed and evolved over the years to become one of the largest and most renowned Red Sea resort all over the world. Tourists from everywhere around the globe visit Hurghada for its magnificent sandy beaches and the best diving and snorkeling spots all over the world.

Hurghada also host a large number of exotic nightspots include the famous Alf Leila Wa Leila that offers distinctive oriental entertainment experience. The city has all what it takes for a wonderful vacation for all family members and all age groups.